As part of the collaboration between Gmem and Locus Sonus research group in Aix-En-Provence, Sabrina Issa and I met on this specific project. Sabrina came with the idea of making a spatialized sound performance with abroad performers and open mics in the game. We developed together a PureData patch to be able to spatialize multiple sources or sound actors, on a virtual 2d space with the representation of the physical speakers of the performance room. Actors could send in sound via streaming and could also listen out to other performers or sound source which were near their avatar in the virtual space. 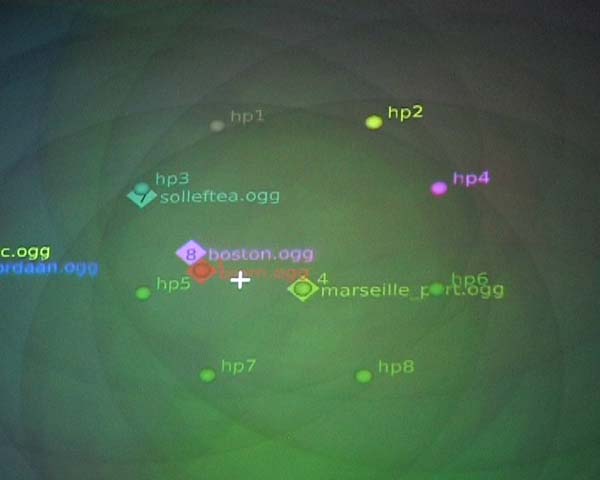 The algorithm for spatialization was a custom model I developed derived from the legacy VTboule interpolator system [link] and adapted for PureData [link], namely holo.boules. Some physical model were also involved with attractions or repulsion of the engaged sound agents.